Grain Free Diets Bulldogs and French Bulldogs are very poplar among bulldog owners. In our day and age due to overwholming, accessible. instant, unflitered, online  content,  looking at a food bag lable it is a challange.

“BULLDOGS CAN NOT DIGEST GRAIN” MYTH or FACT

YES, they can! During the domestication evolution, dogs genetically evolved as we humans did from being predominantly meat carnivore protein eaters to the present mixed-diet omnivore.

Over thousands of years of domestication, your bulldog and French bulldog digestive tract has evolved and now possess the digestive tools to deal with a variety of grains.

Grains are dry seeds harvested from flowering plants, examples include

Some of my bulldogs and French bulldog owners choose to feed their pets a grain-free diet due to an erroneous notion that dogs’ diets should be limited to meat and be carbohydrate-free.

In reality, those “Grain-Free” diets simply replace the grain with other carbohydrate sources like:

“GRAINS ARE BAD FOR MY ENGLISH BULLDOG” MYTH or FACT:

Grains are Bad for Bulldogs MYTH:

In contrast to popular belief among bulldog and french bulldog owners, there are many nutritional benefits to grain portions in dog food.

Grains are Bad for Bulldogs FACT:

Many of  grains provide your bulldog puppy essential vitamins & minerals.

The latest research has shown compelling evidence to the benefits of grains and their importance to the general health of your bulldog puppy.

Contrary to common belief food allergy is NOT derived from carbohydrates but rather from the meat/protein portion of your bulldog meal (i.e. animal sources like chicken, beef, fish, lamb, etc).

Proteins NOT grain is usually the cause of bulldog food allergy.

Grains are mostly carbohydrates but if it turns out that your bulldog is allergic to grains, the treatment should happen under the care of your veterinarian who will conduct a proper dietary elimination trial. For more about this topic see my “bulldogs and food allergy” article

There is no scientific evidence that bulldog grain-free diets are superior to other common diets.

Recently (July 2019), an FDA news alert was published stating that there is a likely link between Grain Free diets and canine cardiomyopathy (heart disease that can lead to congestive heart failure).

“In the cases where the dogs ate only a single primary diet and did not eat multiple foods, excluding treats, 90 percent reported feeding a GRAIN-FREE food, the release states there appears to be an association with GRAIN-FREE diets and the development of dilated cardiomyopathy (DCM).”

“Upon investigation of all of the diets associated with both the taurine deficient and non-taurine deficient forms of DCM, a few key associations were apparent. Many dogs were being fed some variety of boutique (small manufacturer), exotic ingredients (non-traditional protein sources), or grain-free diets. These findings make up the basis of recommendations that have come from each study group and now the FDA.” 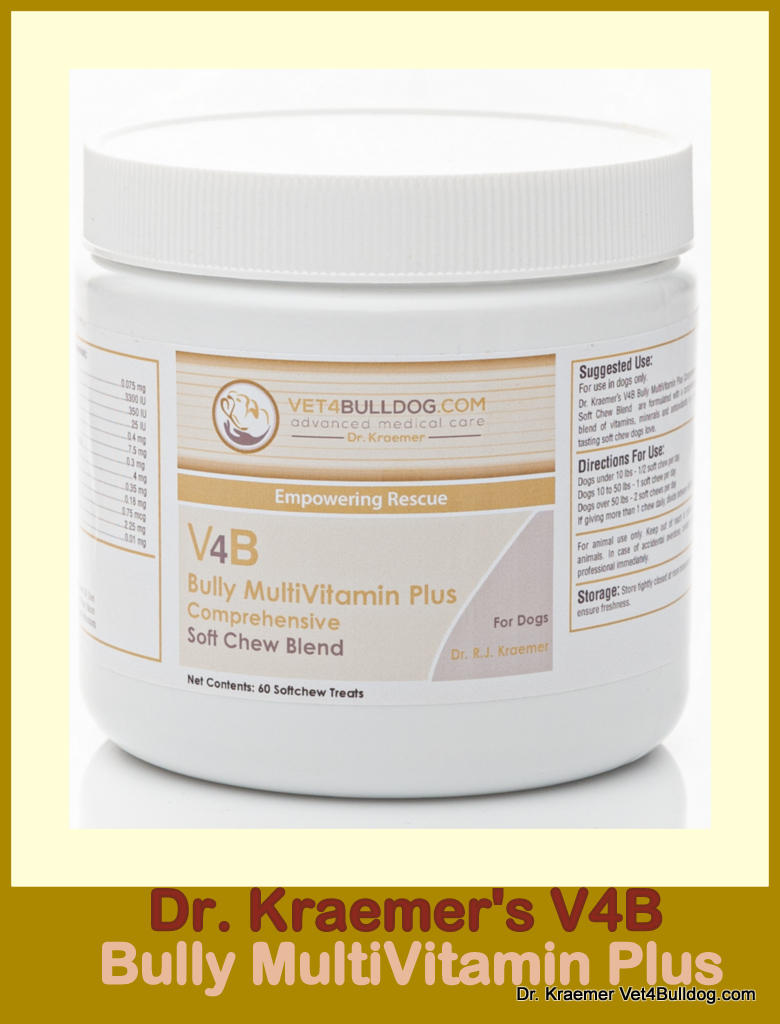 Grain-Free Bulldog Food Tip #1 “PROTEINS”: Protein is the most important ingredient in your bulldog puppy diet.

Proteins from animal sources, rather than from grain sources are the most complete, easily digested, and deliver the best biological value.

Grain-Free Bulldog Food Tip #2 “MANUFACTURE”: Whether a diet contains grains or not, it’s important that you buy your bulldog food from a reputable company with experienced pet food formulators. Ignore the sexy package and hyped language, instead concentrate on the manufacture

Grain-Free Bulldog Diet Tip #3 “WHOLE FOOD”: Whole food meals are better than processed. Your own physician does not advocate that you regularly eat highly processed foods, the same should apply to your bulldog.

Grain-Free Bulldog Food Tip #7 “LABEL”: Reading pet food labels and brochures is not easy even for a professional,  thus assessing the quality of the ingredients based on the label is usually inadequate.

When choosing your bulldog diet ahere to our “DO NO HARM” rule.

Bulldog Grain-Free Diet Tip #9 MORE Vs. LESS: Not all bulldogs are the same. Some might do better with more grain, while others might benefit from a reduced-grain diet.

Bulldog Grain-Free Diet Tip #10 “TRAIL DURATION”: If you believe that your bulldog puppy allergies are due to grains, then your grain-free dietary trial should last at least ten weeks and then be challenged by a non-grain diet, ideally from the same brand with only the grain being the difference.

FOOD ALLERGY LEADING TO BULLDOG ATOPIC DERMATITIS:  8-10 weeks trial on a prescription elimination hypoallergenic diet is the gold standard, rather than grain-free diets.

FOOD ALLERGY LEADING TO BULLDOG GASTROENTRITIS: 3-4 weeks trial on a prescription elimination hypoallergenic diet is the gold standard, rather than grain-free diets.

Grain-Free Bulldog Diet Tip #11 “POISONOUS FOODS”: Offering fresh, organic, unprocessed fruits and vegetables to your bully are great; remember to avoid onions and grapes (raisins). If you are unsure whether a certain food is safe for your bulldog to eat, speak to your veterinarian.

Grain-Free BulldogFood Tip #12 “GRAIN”: Some grain is often better than no grain.

Bulldog Grain-Free Diet Warning #1 HYPE: I don’t recommend you choose your bulldog and french bulldog puppy diet based on the advertised and often hyped-up add-on supplements. These are more of a marketing ploy than real science and fact-based. The most popularly advertised supplements on food bag labels are fish oil (omega 3 and 6), glucosamine, chondroitin, MSM, and probiotics.

As a rule, there is not enough of the active ingredient in pure bioavailable dosage to therapeutically impact a medical condition in these diet’s daily feeding recommendations.

When medically indicated I recommend supplements to be given separately as a standalone treatment.

Bulldog Grain-Free Diet Warning #2 GRAIN Vs. PROTEIN: Grain should count for less than one-third of your bulldog’s whole diet, the other 2/3 should be in the form of meat-animal-protein, fruit, and vegetables.

Bulldog Grain-Free Food Warning #4 IMMUNE MEDICATED: Lower-grade diets have a higher risk for unwanted adverse effects such as allergies and immune-mediated diseases like IBD, due to a higher possibility of unwholesome elements, and contaminants.

Bulldog Grain-Free Diet Warning #6 CONTAMINATE: Remember that food allergies related to grain and meat might not be a direct allergy to that source but rather to an undetected contaminant or a tainted portion within that grain or meat.

Grain-Free Bulldog Diets Warning #9 FOOD COLOR: Bulldogs and french bulldogs puppies don’t care what color their food is. Usually, the dye in various diets is designed to lure the buyer as a marketing gimmick. Worse, it might hide evidence that could clue you into the poor quality of the food.

Grain-Free Bulldog Food Warning PROTEIN SOURCE #9: I don’t recommend diets with a large portion of their protein derived from a grain source. Its bioavailability which is your bulldog’s ability to utilize that protein is marginal.

Bulldog Grain-Free Diets Warning #10 OBESITY: Too much grain will increase the chance of your bulldog becoming overweight.

Obesity is a major contributor to your bulldog and French Bulldog’s poor health and marginal quality of life.

Grain-FreeBulldog Food Warning #11 QUALITY Vs. QUANTITY: Poor quality protein is a bigger problem than “too much protein”, even for bulldogs with kidney disease.

Your bulldog diatery emphasis should be on good, high quality, proteins.

If your Bulldog suffers from a medical condition that requires a nonstandard diet or prescription diet consult your veterinarian.

In those cases,  in addition to the medical exam testing such as x-rays, blood tests, EKG, and echocardiogram are required.

TAURINE SERUM TEST: If your bulldog or French bulldog is diagnosed with DCM ask that a Taurine levels are tested and if needed supplemented

“No grain”, “limited grain”, “grain-free”, diets are the Holy Grail for many owners in the Bulldog community. It is NOT my intention to discourage you from using those diets, but rather to better inform you. The internet is littered with conjecture, urban myths, and misinformation, you should do your own due diligence, seek credible sources, and make educated fact-based decisions.

If your bulldog or French bulldog puppy likes the current Grain-Free diet you are feeding him/her and does as well or better on it than on previous diets, then your bulldog might be better off staying on that no grain diet. Nevertheless, some of you might be spending large sums on false assumptions propagated by diet manufacturers, biased marketing campaigns, and internet buzz manufactured by profit-seekers.

Choose a diet made by a well-established manufacturer. Feed a diet that contains standard ingredients.

If your bulldog diet is

You may want to talk to your veterinarian about the FDA announcement and what diet may be best for your dog.