Despite treatment success, the effects and pathology of bulldog heartworm disease are long-lasting and are likely to impact life expectancy.

Heartworm disease (Dirofilaria immitis)  is more common in dogs but cats can also be infected. Others are, coyotes, ferrets, wolves, sea lions, seals, and other animals, occasionally it even infects humans.

Bulldog Heartworm Disease is a serious and deadly condition carried by mosquitos and is transmitted by their bite.

Bulldog Heartworm transmitted worms will mature into adults,  mate, and produce offspring all while living inside your infected bulldog or French bulldog, lungs, and associated blood vessels.

Bulldog heartworm disease does NOT spread directly from animal to animal (or animal to human), but rather by a mosquito.

A mosquito suck an infected animal carrying the worm after and then infects your bulldog with his bite.

Regionally the disease has been on the rise, heartworm cases are increasing in Los Angeles. 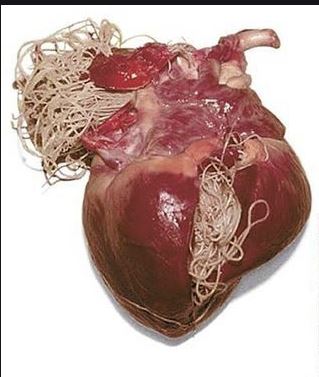 According to a report updated on April 26, 2016, by Los Angeles County Department of Public Health. In recent years Heartworm disease has been on the rise, possibly due to new drought-resistant mosquito strains.

The American Heartworm Society recommends year-round prevention of heartworm disease and annual heartworm tests in all dogs, regardless of geographic location.

Unfortunately, by the time clinical signs are seen, the disease is usually well advanced.

Common symptoms are: (most of which get worse after activity)

Remember Bulldog Heartworm disease is much cheaper and eaiser to PREVENT than TREAT.

Traditionally preventions required oral administration once a month at home. There is also a once-a-year ProHeart heartworm preventive injection. 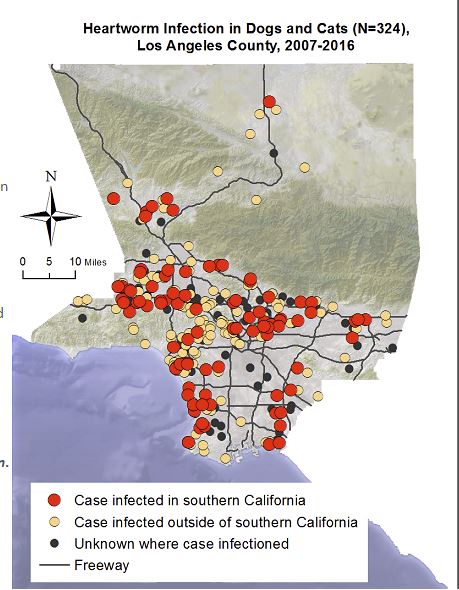 The ProHeart injection offers multiple benefits over the monthly oral one:

A 12-month injection makes it 100% bulletproof against the likelihood of skipping or forgetting a treatment.

Every 12-month injection makes it 100% bulletproof against the likelihood of your pet spitting or vomiting the heartworm chew.

E.     GUARANTEE HW: If your pet had a negative HW test prior to the treatment,  ProHeart manufacture guarantees the injectable treatment and will pay for the treatment in the unfortunate event your bulldog or French bulldog is found positive during the 6 or 12-month treatment duration.

F.      GUARANTEE INTESTINAL PARASITE: ProHeart manufacturer also guarantees the injection effectiveness against the common intestinal parasite, thus if your pet is diagnosed with hookworms, whipworms, or roundworms during the 6 or 12-month treatment duration, they will pay for deworming treatment. 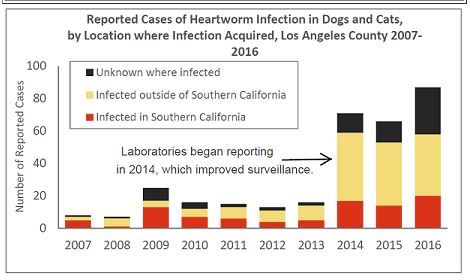 3. COYOTE CONTROL: infected coyotes are common reservoirs of the disease. Don’t leave food or water that attracts them and other critters

4. RESERVOIRS: untreated pets who are infected serve as reservoirs that allow mosquitoes to infect more pets and people.