Bulldogs and French Bulldogs Neutering is a common and recommended procedure. Nevertheless, as an owner of an intact male bulldog, you might want to seek professional guidance from a veterinarian when facing the neutering dilemma. 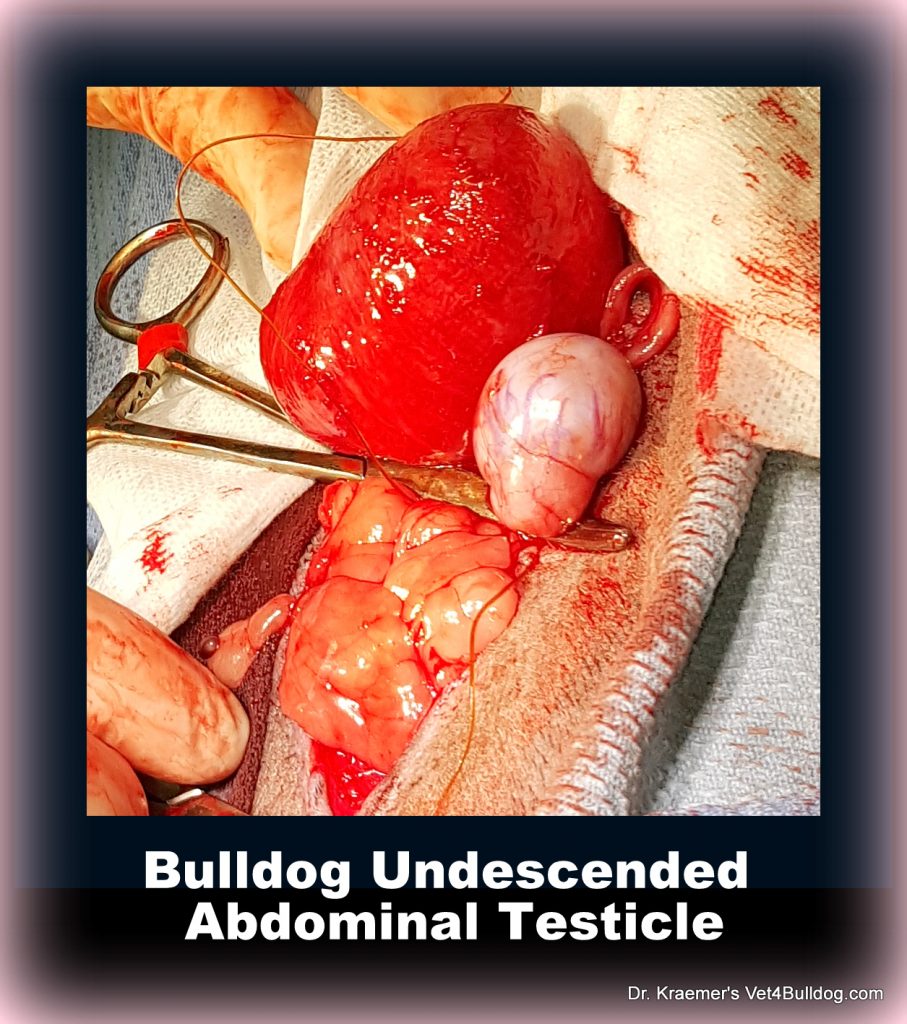 The risks, benefits, and ideal timing for neutering a male bulldog are some of the most frequently asked questions during my bulldog and French bulldog puppy wellness exams.

The three most common concerns expressed by owners of intact male and intact female bulldog puppies include:

Dr. Kraemer has a long-standing relationship with bulldog rescue, and many of the rescued bulldogs were/are sheltered and treated by him.

All of the rescue bulldogs are spayed or neutered prior to adoption. We recommend that you contact your local English bulldog or French bulldog rescue before you buy a new bulldog puppy.

The adoption fee is a fraction of the cost of buying a bulldog puppy from a breeder and you will also be providing a home for a bulldog in need!

Many of the alleged risks associated with neutering bulldog and French bulldog puppies are myths.

Some of the most popular myths associate neutering with

MYTH BUSTER: In reality, those have more to do with the owner’s lifestyle, improper feeding, lack of physical activity, and limited exercise.

Other myths allege neutering with:

MYTH BUSTER: There are no medical or clinical research studies that support those claims.

The best way to keep your English bulldogs and French bulldogs sound, sharp, and fit is to socialize them, allowing them plenty of play, offer stimulus by challenging play, and it goes without saying, provide a healthy dose of love & care.

Those are the truly critical and essential needs for your bulldog puppy’s physique and high intelligence. 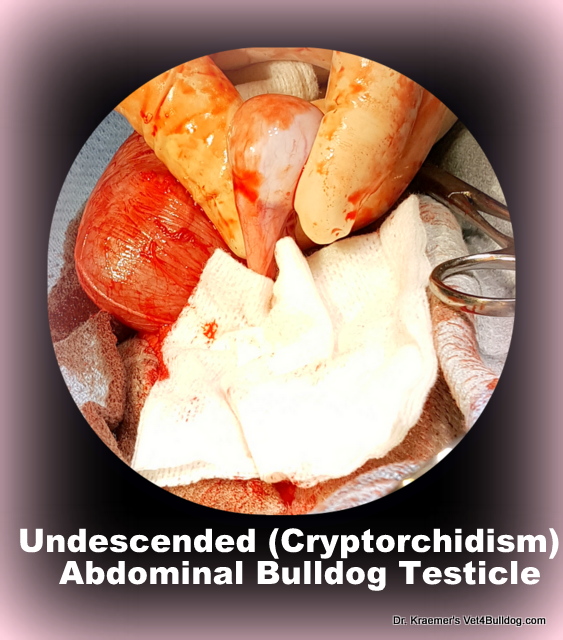 Neutering a young bulldog or French bulldog puppy is a quick, simple, and safe surgical procedure, Old bulldog is a higher anesthetic risk.

Bulldog neutering will decrease roaming and escaping in pursuit of a  female in heat.

In addition, it can prevent multiple medical conditions such as prostate problems, testicular tumors, and perianal tumors.

Neutering your bulldog puppy at a younger age can increase life expectancy and quality of life.

Keep in mind that even though early neutering plays an important role in the prevention of certain diseases, there are other factors that weigh on your bulldog’s health such as

I recommend neutering your English bulldog and French bulldog puppies when they complete their musculoskeletal development (8 months or older).

MEDICAL Tip #2: Neutering your English bulldog and French bulldog puppy at a young age can help to prevent various medical conditions such as:

STEM CELL & CRYOBANKING Tip #3:  low cost, minimally invasive, and minimal risk stem cell therapy bank storage program called  “Stem Cell Cryobanking”  that is performed at the same time as your bulldog and French bulldog neuter surgery. When our pet owners schedule an elective surgery like neuter or spay, we offer a procedure in which we harvest their pets stem cells (stored in adipose tissue near the spay surgical site), and then ship them to be cryobanked as an “insurance” for future medical emergencies and illnesses. These stem cells are anti-inflammatory, healing repair cells that can help treat a wide range of illnesses and medical conditions like bulldog arthritis and inflammatory bowel disease. For the rest of your pet’s life, you will be able to call at a day’s notice and retrieve their cryobanked stem cell treatments. 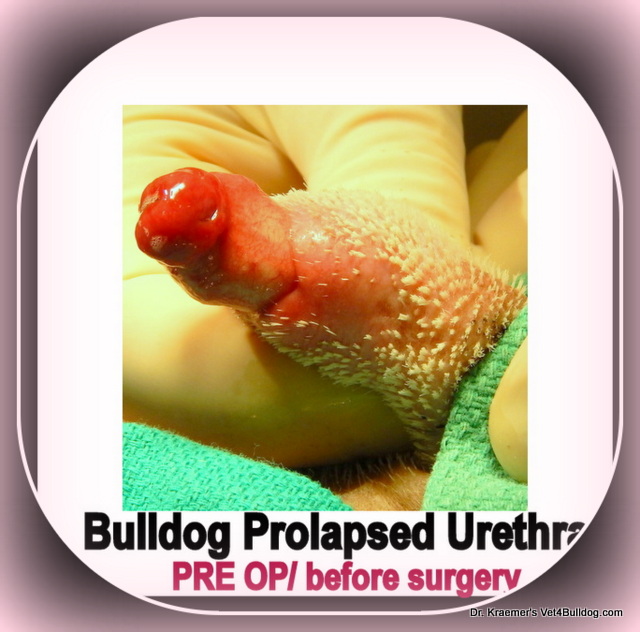 Fortunately, at present most pet insurance companies recognize the benefits of stem cell therapy and will cover the procedure.

ANESTHESIA Warning #1: You should search for a hospital that is familiar with the breed-specific anesthetic requirements while also offering a type of anesthesia called Sevoflorine.

You should also ensure that the hospital you choose employs a medical team that is versed in breed-specific induction, as well as breed-specific recovery protocols and monitoring.

MEDICAL RISKS Warning #2: If your English bulldog or French bulldog puppy is missing one or two testicles, it will not be suitable for breeding and are also at high risk for testicular cancer.

This condition is called cryptorchid or undescended testicle(s). The missing testis might be buried in the inguinal area which is relatively easy to reach and to surgically remove. However, if the missing testis is not located in the inguinal area, they are likely to be found in the abdominal cavity which requires a laparotomy (a surgical opening of the abdomen) and exploratory surgery.

ELONGATED SOFT PALATE Warning #3: If your bulldog puppy is exhibiting any of the “flat face” brachycephalic syndrome complications such as elongated soft palate, everted saccules, or stenotic nares, these airway issues should be repaired prior to or during the neuter procedure.