How and Why Did My Bulldog Pass Away?

How and Why Did My Bulldog Pass Away, Dr. Kramer, Let me first say, I wish I would have found you sooner. Your page is so informative and truly shows your experience with Bulldogs.

I truly wish my baby could have been under your care.

My healthy, senior, English Bulldog passed away after a procedure and I do not know how or why. She wasn’t just a “dog,” to me, she was my world. She was my baby. I will never get her back, that I painfully know, but one thing I hope I can get is closure, at the very least. I do not know how she passed or why. I am traumatized and haunted daily from her passing and it’s been 6 months. I really want closure. I have reached out to your office via phone and I attempted via email on a few occasions, hoping to schedule an appointment with you and/or request a medical record review, that I was willing to pay for, but your staff advised me that was not something you do, that you are too busy and pointed me to your forum. I will fight for my baby every day I have left because she deserves it. I will not lose hope. She will always remain my light. So although I have been told “No,” on many occasions by your staff, I come here with hope, that you would be willing to help me.

I truly feel within my heart that you can help me get closer to the closure I need to heal from this tragedy. Your knowledge, experience, love, and care for Bulldogs I have never seen before in my about 13 years of caring for my Bulldog. It’s very hard to explain the timeline of events that lead to my baby’s passing in a forum post, but I do have a hand-typed, personal statement/timeline of events I can share with you and medical records. I would be willing to pay for your services. I would be willing to “schedule an appointment” with you to secure your time. The information is very sensitive to me and at first, I was hesitant to allow this to be shared in a forum, but if you are willing to help me, in reviewing my statement of events that lead to my baby’s passing and her medical records, I would gladly allow this to be shared in your forum if this means it can potentially save another Bulldog’s life. I look forward to hearing back.

Thank you for your time and consideration.

1 Answers
-5 Vote Up Vote Down

Answer for How and Why Did My Bulldog Pass Away

Answer for How and Why Did My Bulldog Pass Away, dear KC my sincere condolence. Thank you for sharing this unfortunate tragedy with our community. I appreciate your kind words, rest assured your personal information is never disclosed.

How and Why Did My English Bulldog Pass Away RECORD REVIEW

Unfortunately, reviewing the records is unlikely to yield much. The record is a subjective recall of the event by the record keeper, it is not an independent video that monitors and records every step of the event. Paradoxically, it is very likely that the cause of the incident is missing from the record. Often the doctor and his/her surgical team are not experienced with the breed idiosyncratic medical problems, customized anesthetic protocol, monitoring requirements, recovery, and extubating special needs, thus they might not be aware of an ensuing problem, or/and the true cause & effect.

” What the eye doesn’t SEE and the mind doesn’t KNOW, doesn’t EXIST“

Why Did My Bulldog Died RISK/REWARD

You should have a serious discussion with your vet about the surgical benefits and follow that with a risk-reward assessment.

The age of your English bulldog or French bulldog must be a factor in the discussion and part of the risk-reward assessment.

An example would be a nonpainful slow to metastasis tumor. If it’s more likely that your bulldog will pass away due to old age rather than the tumor, it might make little sense to choose the surgical risk and associated complications. A Nonsurgical medical palliative therapy might be a better choice in that case.

I require a pre-op blood screen and ECG. In some cases such as bulldog elongated palate, I also require radiographs.

A senior bulldog should have an extended blood panel that includes thyroid levels, a urine analysis, and blood pressure. Depending on the surgical procedure there are times that we will also recommend additional testing such as pre-op ultrasound, cytology, contrast, CT, MRI, etc.

I always screen for stenotic nares,  elongated soft palate,  and other laryngeal issues.

WARNING: Bulldog elongated soft palate must be repaired before or at the same time as the elective surgery

How and Why Did My Bulldog Pass Away ANESTHETIC PROTOCOLS & MEDICAL TEAM:

I designed a comprehensive bulldog customized anesthetic protocol for the brachycephalic breeds (Eng Bulldogs, French Bulldogs, Pugs, Boston T, etc). Many vets are not aware of the breed’s special needs and anesthetic safety requirements. It is programmed to an excel sheet to reduce human error.

The medical team should be familiar with the bulldog breed and trained with all the anesthetic and recovery aspects.

Answer for How and Why Did My English Bulldog Pass Away CAUSE:

Bulldog Anesthetic Death MOST COMMON CAUSE:

Answer for How and Why Did My French Bulldog Pass Away SUMMARY:

Most times older bulldogs are at higher risk than younger bulldogs. 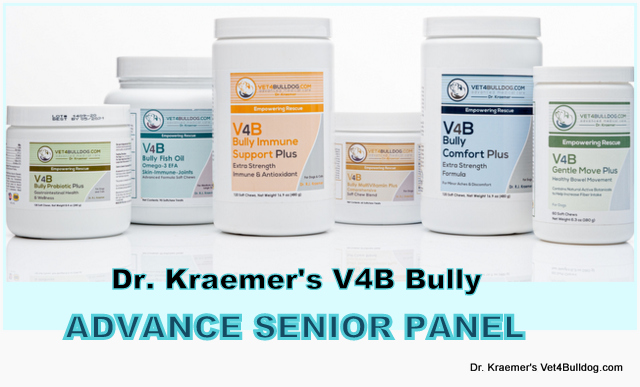 In my practice, I often see the worse cases, bulldogs and French bulldogs at all ages that other veterinarians will refuse to touch or rather refer to me. My team and I always discuss with the owners the inherent risks, the surgical merits, the pre-surgical screening test, and planning for potential complications.

Unfortunately, I receive emails requests and calls like yours on a weekly basis. My answer might not ease your pain, at times the cause of death can be determined by a necropsy, other times there might not be a clear-cut answer. I hope that by sharing with us this unfortunate event, others can benefit.

Your Q and my A could help save the life of other bulldogs, which hopefully serve as a memorial to your beloved pet.

How and Why Did My English Bulldog Pass Away FINAL THOUGHTS:

Vet4Bulldog mission is to empower bulldog owners by teaching prevention & wellness. With prevention, we can avoid many of the risks and complications associated with an English bulldog and French bulldog anesthesia and many of the breed other common medical problems.

PREVNTION, WELLNESS & KNOWLEDGE helps to minimize most risks assoicated with the bulldog breed and maximize rewards

*This guide was compiled courtesy of Dr. Kraemer, a “must-read” manual for any current and future bully owners

Please login or Register to submit your answer

Disclaimer
Important: This site has been setup purely for non-commercial use. All images are copyrighted to their respective owners.
Connect with Us
important information
French Bulldogs English Bulldogs
Address
Refund Policy
Privacy Policy
Terms and Conditions
*Free Shipping On Orders Over $150 Within The USA*
Contact Info
Dr. Kraemer Vet4Bulldog
434 S Tustin St B,
Orange, CA 92866
Phone: 949 899 6642
Email: Contact Us
Check out Vet4Bulldog on Yelp
Copyright © 2018 Dr. Kraemer Vet4Bulldog - All rights reserved. | Sitemap | All content on this website is the property of Vet4Bulldog unless otherwise noted absolutely no content can be copied or reused in any way on other websites.
Ask Dr. K / Q & A Request an Appointment Email Us
Bulldog and French Bulldogs Hypoallergic Diets
Distichia Abnormal Eyelash in Bulldogs