Bulldogs and French Bulldogs Breathing Problems are among other common health problems that include hip dysplasia, cherry eye as well as other ailments. They require daily maintenance and are extremely susceptible to heat problems.

Bulldogs and French Bulldogs respiratory (upper and lower airway) conditions are very common due to inbreeding of those “cute”, flat face bully features. If you’ve ever had a bulldog with breathing problems it’s likely you will recognize some, or all, of the following list: a tongue that easily turns from pink to purple-blue, retching, salivating, frequent hacking, snorting, sneezing, snoring, chucking, and the sound of harsh breathing which becomes amplified during excitement or/and exercise. Most respiratory problems are serious and could have grave results. However, it’s possible to treat most with early attention and initiative. Having the proper bulldog information at your disposal can be instrumental. 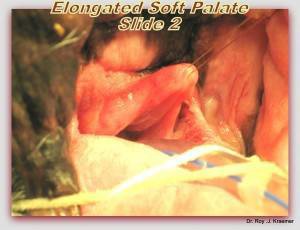 Defined as narrowed nostrils. This narrowing causes a restriction in the amount of air that can flow into the nostrils. 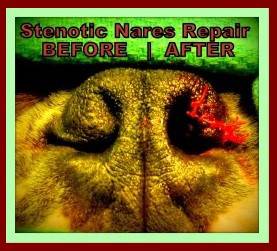 Small sacs or pouches that are located just inside the larynx; these saccules turn outwards due to the abnormal negative pressure accompanying the increased respiratory effort associated with the BCS, further obstructing airway flow and should be surgically removed. 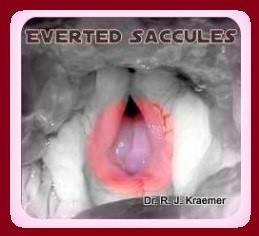 A secondary set includes hypoplastic trachea, overly enlarged protruding tonsils and Laryngeal Collapse. Your bulldog may be affected with a combination of one or more of these abnormalities.

Dr. Kraemer can be contacted HERE

Dr. R.J. Kraemer
Dr. Kraemer is a Tufts Veterinary School 1991 Graduate (Boston, MA). He is a member of the AVMA (American Veterinary Medical Association) and the SCVMA (Southern California Veterinary Medical Association) and has been practicing veterinary medicine and surgery in Orange County, California for over 20 years. Dr. Kraemer has a special interest in Bulldogs, French Bulldogs and other Brachycephalic breeds, and their unique medical and surgical needs, such as breathing and airways conditions, joint pain, ligament and tendon injuries, ear canal disease, skin and allergy problems, eyes and eyelid abnormalities, as well as other medical conditions related to the breed. Dr. Kraemer is also a leading provider for in-house same-day stem cell therapy and cryobanking for dogs and cat. Dr. Kraemer has a long-lasting relationship with bulldog rescue, he provides shelter, medical and surgical services to their bulldogs.
Disclaimer
Important: This site has been setup purely for non-commercial use. All images are copyrighted to their respective owners.
Connect with Us
Office Hours:
* Tuesday Dental Special
** 2nd Sat of the Month SCBR Adoption
Address
Refund Policy
Privacy Policy
Terms and Conditions
*Free Shipping On Orders Over $150 Within The USA*
Contact Info
Dr. Kraemer Vet4Bulldog
434 S Tustin St B,
Orange, CA 92866
Phone: 949 899 6642
Email: Contact Us
Check out Vet4Bulldog on Yelp
Copyright © 2018 Dr. Kraemer Vet4Bulldog - All rights reserved. | Sitemap | All content on this website is the property of Vet4Bulldog unless otherwise noted absolutely no content can be copied or reused in any way on other websites.
Ask Dr. K / Q & A Request an Appointment Email Us
Alert! Heartworm Disease Increasing in Dogs and Cats in LA … Wildlife and Humans Also at RiskNews & Articles
Ear Infection in Bulldogs and French BulldogsHealth Tips for Bulldog and French Bulldog, News & Articles